This overview of the benefits and shortcomings of San Francisco BMR affordable housing programs is provided by the Rincon Center Tenants Association (RCTA) at 88 Howard Street. BMR renters in other buildings are encouraged to contact the RCTA to share information and work together to improve the programs.

Rincon Center opened in 1989, and originally half of the 320 apartments were BMR. 76 units were initially planned for the program but the owner/builder liked the benefits they received from the city and an additional 84 were added. It was a win-win-win situation for the tenants, owner and city. Unfortunately, a subsequent owner was allowed to eliminate the 84 units from the program after they had been occupied by BMR tenants. Residents need to know their housing is secure. Seems like every corporate owner has tried to chip away at the program.

The purpose of a BMR program is to keep some rents at a reasonable level. No government subsidies are involved--landlords are simply required to charge less rent. Unlike the traditional rent control system, BMR tenants must certify that their incomes are low every year or two. There may be multiple tiers so BMR tenants will pay different rents depending on their incomes. 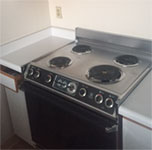 BMR PROGRAM ISSUES:
While BMR programs are beneficial, they can get overly-complicated and need to be tweaked from time to time. The city has been criticized for not fixing some serious problems:

* LARGE RENT INCREASES:
The Mayor's Office of Housing (MOH) is allowing multiple 4% rent increases during the pandemic while many tenants are out of work (and market rents are dropping 20%). 4% increases are too high now and indicate a broken system. Previous years' increases have been even higher and 9% increases were allowed across-the-board one year. This is because the mayor's office ties rent adjustments to increases in HUD's AMI, which it should not be doing. (See more about the AMI below.)

* DOUBLE STANDARD #1:
When BMR tenants questioned multiple 7% and 9% increases, City Hall responded that the AMI also goes down some years. This implied that decreases would offset the steep increases. Since 2000, the AMI has gone down four times, but City Hall only reduced BMR rents one time. If City Hall is going to continue to use the erratic AMI to adjust BMR rents, it needs to allow those rents to drop with the AMI.

* ARE BMR UNITS REALLY "BELOW MARKET"?
BMR rents have reached, and possibly exceeded, market levels at times. In response to an inquiry from the RCTA, MOH recently admitted that one BMR tenant at Rincon Center was within $100 of market rate. (Why would anyone go to all the trouble of certifying for a second-rate apartment to only save a few dollars?) It's not clear that anyone is keeping track. And is the program doing its job if BMR rents are $1 below market? The city told the RCTA a few years ago that BMR rents must be at least $100 below market. But that rule seems to have faded away. It needs to be brought back.

* SECOND-CLASS RESIDENTS:
The BMR program at Rincon Center was particularly well designed, not only because half the building was BMR, but 1) The BMR units were evenly spread out around the building, and 2) the BMR units had the same amenities as the market-rate apartments. It wasn't apparent who was participating in the program. Unfortunately, the city has allowed the owners to remodel the market-rate apartments while some BMR tenants still have Reagan-era appliances. In some buildings MOH is allowing BMR units to be clustered in "enclaves" on lower floors just for lower-income folks.

* 50% RENT INCREASES POSSIBLE:
Individual BMR tenants are also vulnerable to extraordinarily high increases. One can recertify and end up in a higher rent category with an increase as much as 50% just for making $10 too much. (Management always moves BMR tenants to the top of the new rent range. If their rent was near the bottom of their former rent range, that can mean a 50% increase.)

* 25% RENT INCREASES DESPITE NO CHANGE IN INCOME:
BMR tenants can get 25% rent increases even if their incomes have not increased at all. This can happen when the city adjusts the program's salary ranges downwards, and people suddenly find themselves in a higher rent category. It's our experience that BMR tenants do not know who to turn to for assistance when inappropriate things like this happen.

* DOUBLE STANDARD #3:
While it is possible for a BMR tenant to recertify into a higher rent category for making $10 too much and get a 50% rent increase, it is not possible to recertify down and get a 50% decrease. That's because management always gives tenants the highest rent allowed in the new category.

* TIMING ISSUES:
HUD adjusts its AMI figure every year. As soon as it's changed, the city notifies landlords how much they can adjust BMR rents. (If the AMI increases 3%, then landlords can increase BMR rents 3% for a year.) The problem is, HUD doesn't make its adjustment in the same month each year. (It can be released between February and May.) That means some BMR tenants, depending on their lease renewal date, can get the same large increase twice. We suggested to MOH that they pass on each year's rent increase amount to landlords at the same time each year--perhaps on July 1. That would solve the problem, but they rejected the idea immediately.

* EXCESSIVE RE-CERTIFICATION:
Prospective tenants certainly need to certify their incomes to qualify for the program before they move in, but the process of re-certifying current BMR tenants has become extremely complicated and time-consuming. It is a burden for tenants and management. One realtor familiar with the re-certification process said it is currently more complicated than buying a $2 million home. We believe it has become so complicated mainly out of fear--the irrational fear that one low income tenant will win the super lotto, become a multi-millionaire, continue to live in a tiny bare-bones apartment, and embarrass the city. The odds make that extremely unlikely. Originally, re-certification was not required at all. Why? All housing officials seem to agree that stability is the critical component of housing programs. BMR programs are usually in neighborhoods where the city is trying to attract people to live, and hopefully stay, to build the community. People will not put down roots if they are constantly in fear that they may make $10 too much, get a huge rent increase, and be forced to move. The annual re-certification process needs to be simplified. It will not be the end of the world if someone earns a raise and is making a few dollars over the limit. Landlords need to speak up about this too. 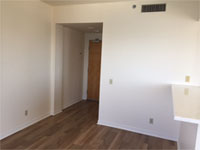 WHY HUD'S AMI IS NOT RELIABLE:
The AMI needs to be replaced. It is a dollar figure released by HUD every spring that supposedly represents our "area median income." Unfortunately MOH uses it to determine rent increases for low income participants in city BMR programs and for other purposes. (e.g.: if the AMI goes up 3% then landlords can raise BMR rents 3% until the next AMI comes out.) However, it is not an accurate gauge of incomes nor the economy. In 2008 the AMI went up 9% so, yes, low-income renters were given 9% increases in the middle of the Bush recession. In 2005 the AMI "changed" exactly 0.00%--obviously a decision made by someone at HUD to have no change that year. In 2019 the AMI increased 15% so MOH finally had to override its longstanding procedures to prevent 15% rent increases. None of this reflects the economy. No surprise, when RCTA contacted a HUD senior economist, he said cities should not be using the AMI to adjust rents. There are plenty of economic indicators published by governments at the federal, state and local level that could be used.

It is also questionable why MOH uses an income number that averages all levels when it will only be used to adjust the rents of low- and moderate-income renters. The closer it can reflect the incomes of the people affected, the better. Better still, why not base rent increases on each individual's income? If someone's income has increased 2%, allow a 2% rent increase.

The City has never had a valid response to our concerns about the AMI. The best they can say is that "other cities use it."